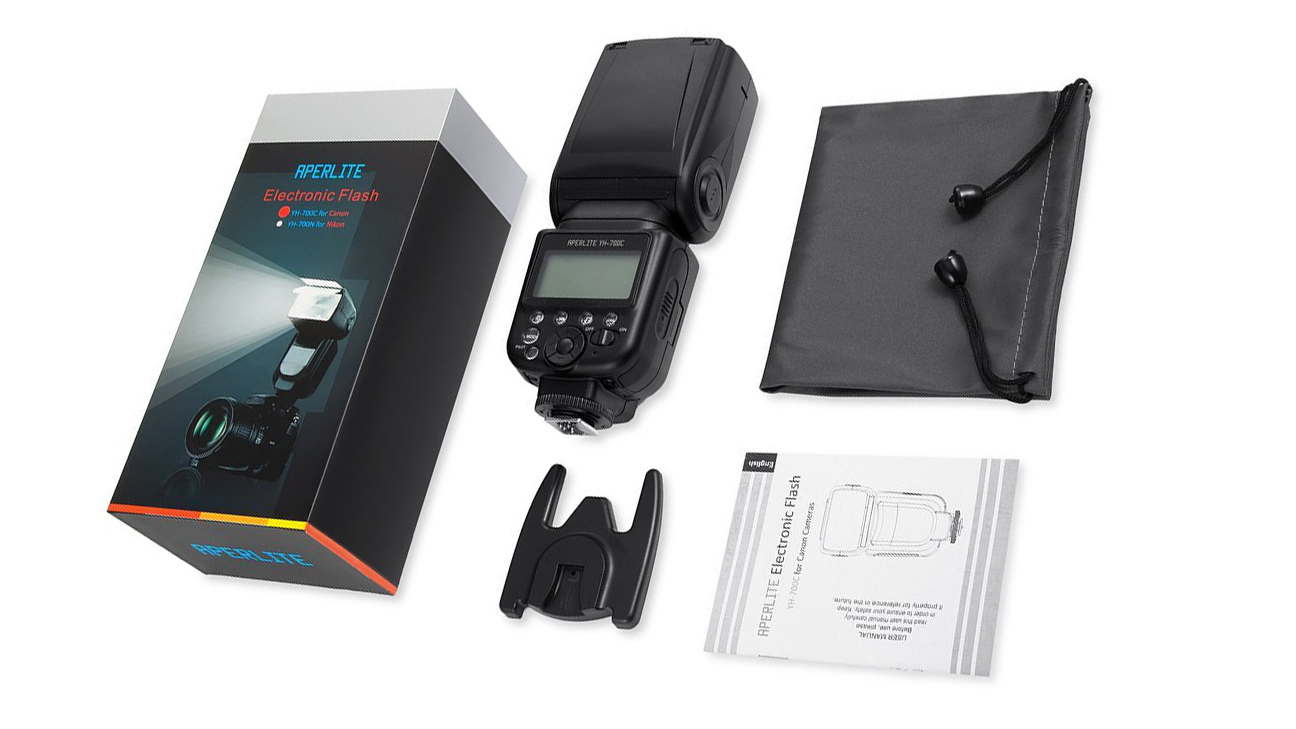 For some weird and unknown reason I have been approached a few times over the years by people offering me kit to review, some has been photographic kit while others has been windsurfing kit. I can never understand this as I am not the best at either. On all but a couple of occasions I have politely declined, but sometimes I am intrigued by what I am offered and the Aperlite YH 700C was one of those times. I wondered how anyone could produce a flashgun so well specified for the price.  I already have a number of high end Canon Speedlights which cost a pretty penny, so could this device at 1/10th of the price compete on any level whatsoever? I had a lot of doubts and part of me was ready to open the box and find something that wouldn't be out of place in Toys 'R' Us. When the box finally arrived I was quite surprised by the quality of the package. 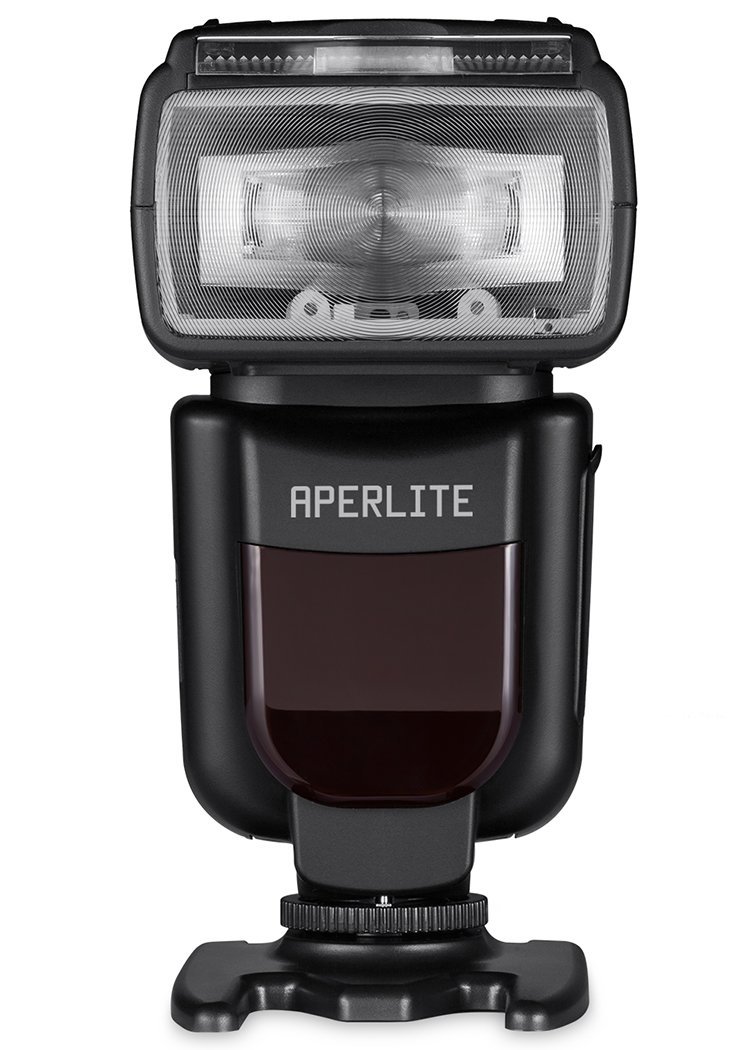 Once inside the box you have the flashgun itself, a drawstring bag which is actually made of quite a thick material, the usual foot for standing the flash up on either a tripod or table etc, and a small manual. Unlike some other cheap flash guns the stand actually has a decent metal thread. Having worn a few cheap  plastic threads out in the past and having a flash gun fall from a stand only to explode in a million pieces this is a welcome component. The manual is not the best however. It is nicely printed but could do with a little more in-depth descriptions and re-written in a slightly more informative way. Having said that, I am not that good at writing technical guides even though I have to on occasion. Writing a decent guide takes a bit more talent than many think. 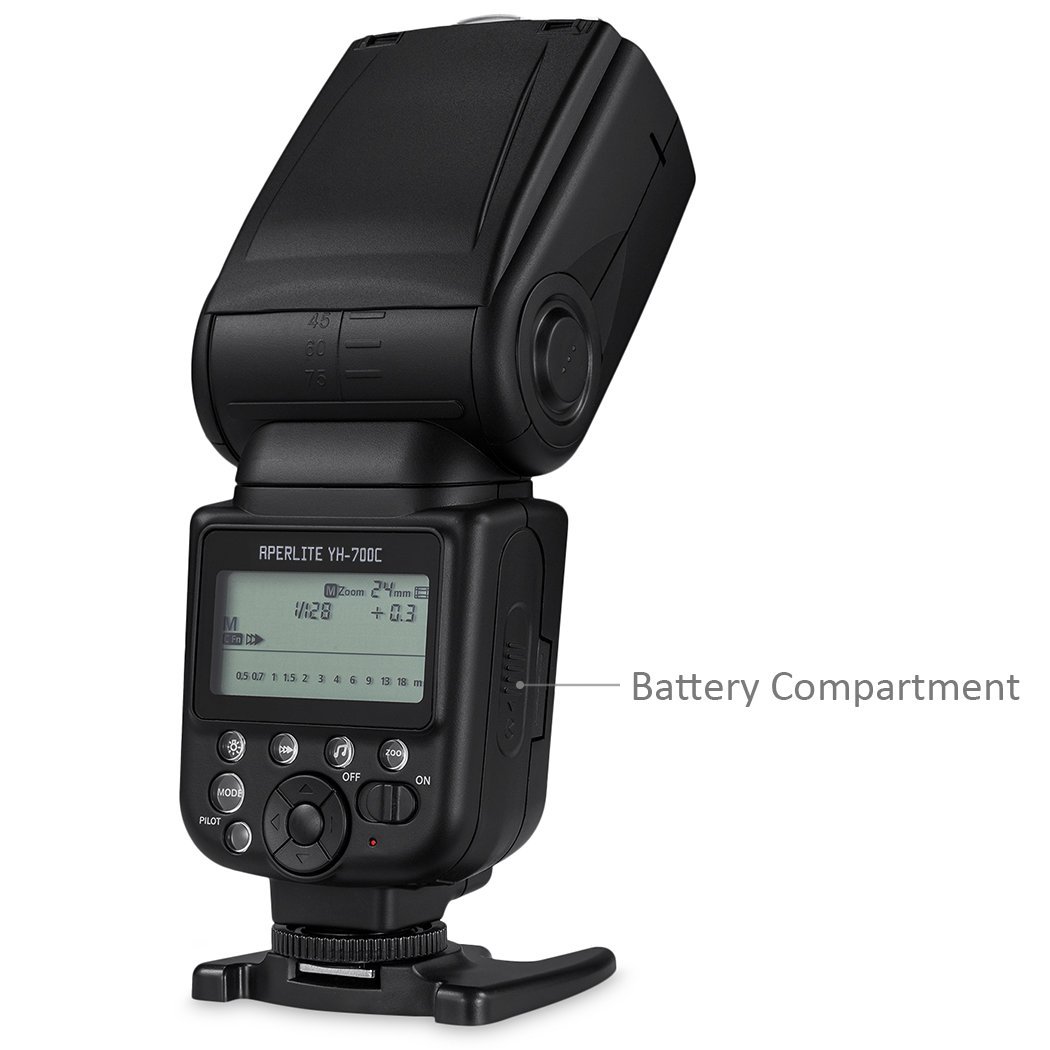 Now we have the peripherals out of the way we can begin to look at the speedlight. Aesthetically it looks like a cross between the Canon 580EX and the Canon 600 EX RT. The shape of the head is almost exactly the same as the 600 EX which is great as any diffuser designed to fit the Canon will also fit the Aperlite. The flash head rotates both vertically and horizontally as can be expected. It has a series of nice firm clicks for each position but no lock button. In most cases the lack of lock will be fine but I am not sure whether it will hold some of the heavier flash modifiers out there. It was fine with a large Rogue Flash Bender with diffuser panel fitted so will probably not be an issue for most users. Like most Canon units it has a pull out wide angle diffuser and catch light reflector. On the side there is a standard pc sync socket and power socket for an external supply. On the opposite side is the battery door. Like most other speeedlights of this size, it takes 4 AA batteries. Working out which way around they fit is a bit difficult as the markings are those moulded black on black ones. With no obvious difference to the terminals this I am sure would be hard for those who have ageing eyes. A simple sticker would have been preferable, but this is being a bit picky. 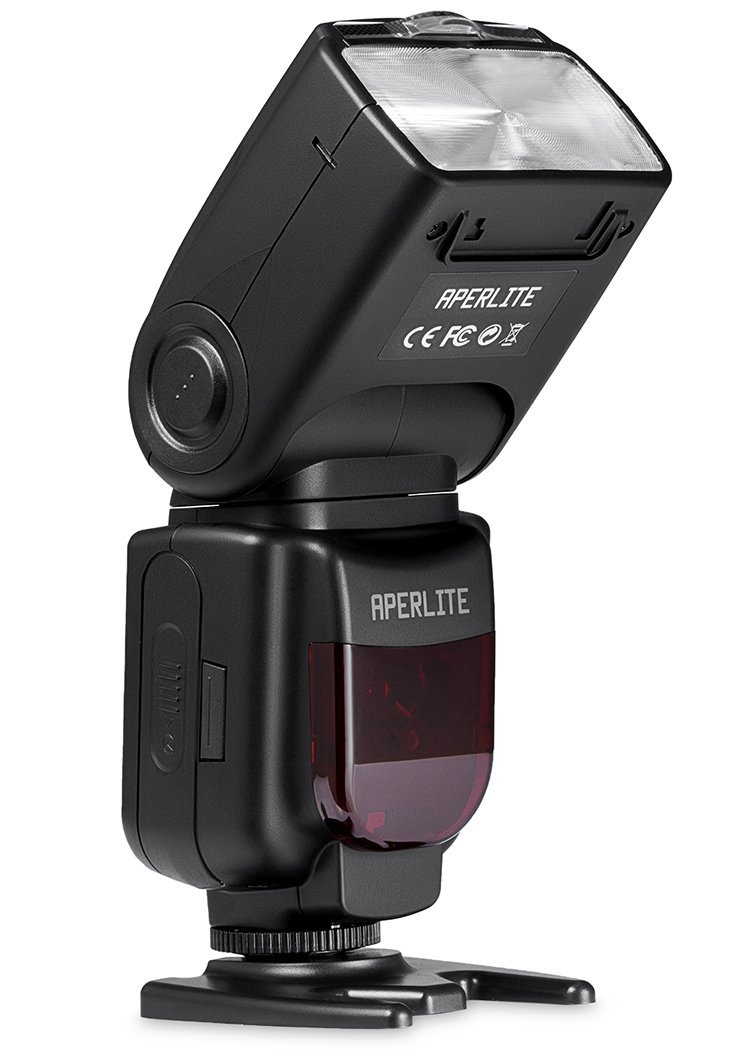 With the batteries are in what is the unit like. My first impressions were very positive with the flash being ready to fire very quickly. I then begun playing with the buttons and menus in the usual know it all and don't bother with the manual blokeish way. Once I managed to turn off the rather annoying beep that accompanied every button press the menu system is actually quite intuitive. Most of the day to day functions are simple to select such as zoom and the various modes of operation. Some things such as high speed sync were a little harder to find, as was selecting slave mode for optical wireless control. It was not complicated, just not as easy to find. Saying that, some of the older Canon guns had a dedicated switch which in newer models is also a in the menus, the Aperlite is no harder than the newer Canons but I do miss the ease of having a simple switch.  Custom functions directly through the screen menus are also just a set of numbers which you need to look up in the manual, sounds annoying but the Aperlite still has some suprises and one of those is direct communication between it and the camera. Like all of the Canon branded speedlights, the Aperlite can communicate and be directly controlled from the rear screen of newer EOS cameras. This means that you get full menus on the camera for every function of the flash, exactly as you would with a Canon flash. As a result you get fully descriptive details of all the custom functions and can set them from the camera, so no need to carry that manual and look them up. I am very impressed by this as many other third party flashes do not have this level of compatibility. 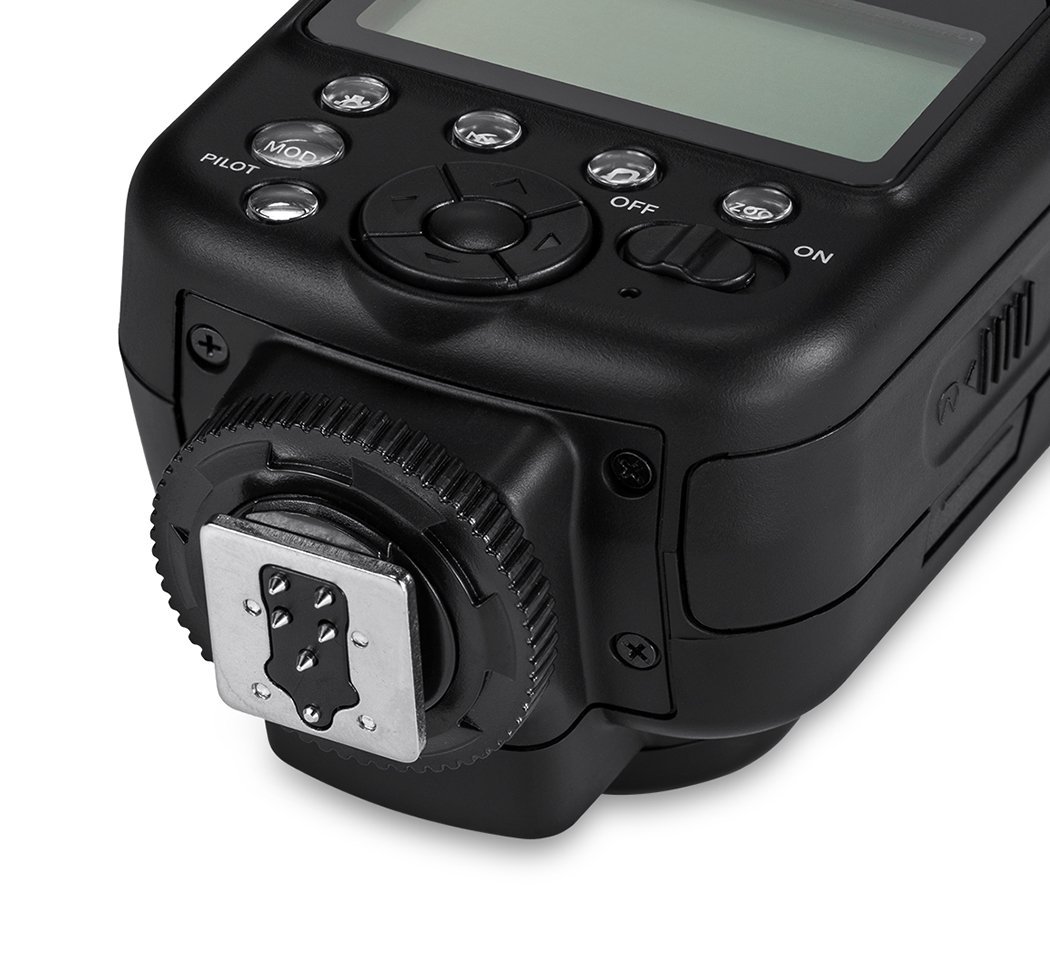 In use the recharge time is nice and quick, in fact it felt faster than my old 580EX. When you fire off long bursts there is no suggestion of overheating so all seems good there. I found the pull out wide diffuser a little on the stiff side but still very usable. Like most Canon flashes with this feature there are magnets to hold it flat to the flash head when in use. In wireless mode it works as well as my Canon 580EX so no issues to report there. I did a few tests on a portable studio background and only at the wide end was there any sign of light fall off in the corners but this was barely noticeable and would I am sure be all but invisible in real world situations. Once you zoom in just one level the drop off all but vanishes. If you are using the flash in bounce mode the built in catchlight card works very well. The integrated AF assist beam is also a very welcome addition. many of the competing third party flashes do not have this.

All in all this is a very impressive unit. Having almost all the features of the excellent Canon 580EX but at 1/10th the price there really is not a lot more you could ask for. Aside from a few minor niggles it certainly would make you thing twice about spending more on a similar unit. Hopefully in the future Aperlite will make some smaller, more compact models to add to their range, I would love to see them make a decent macro twin light and also a unit to compete with the Canon 280EX. The YH-700C is the range topper so is a big and beefy unit, well built and a great price.