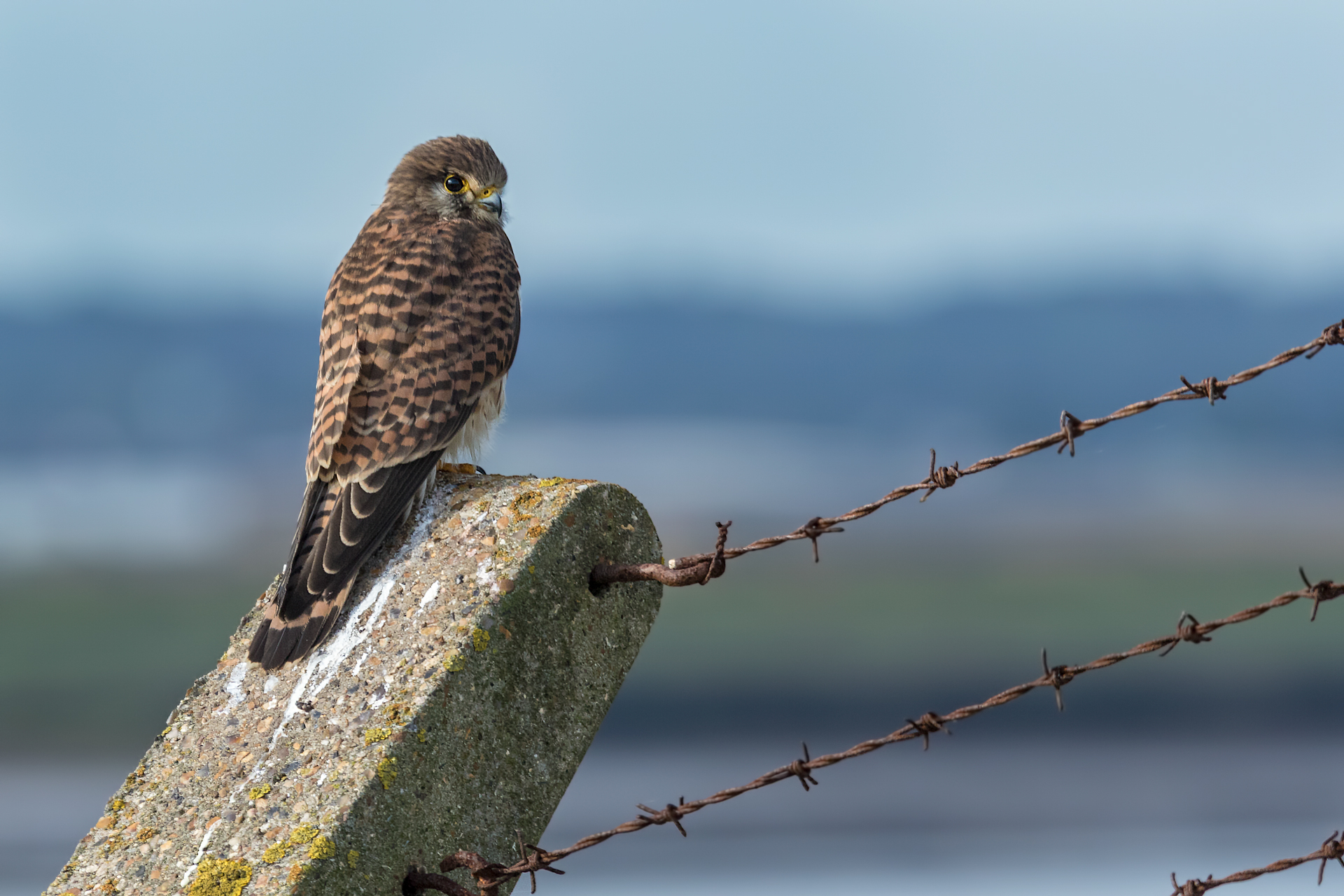 Since my first ever visit to RSPB Rainham Marshes earlier in the summer to see the bearded tits I have returned a few times, It is a great place to go for all sorts of wildlife including various reptiles, insects aplenty and the birds. This week I somehow ended up in the area very early in the morning before the reserve opened so decided to take a walk along the riverside path. It is a haven for dog walkers which does have its obvious downsides. On the upside it has made some of the birdlife accustomed to people. For the more mobile photographer such as myself this is great as I can get relatively close with my 100-400. 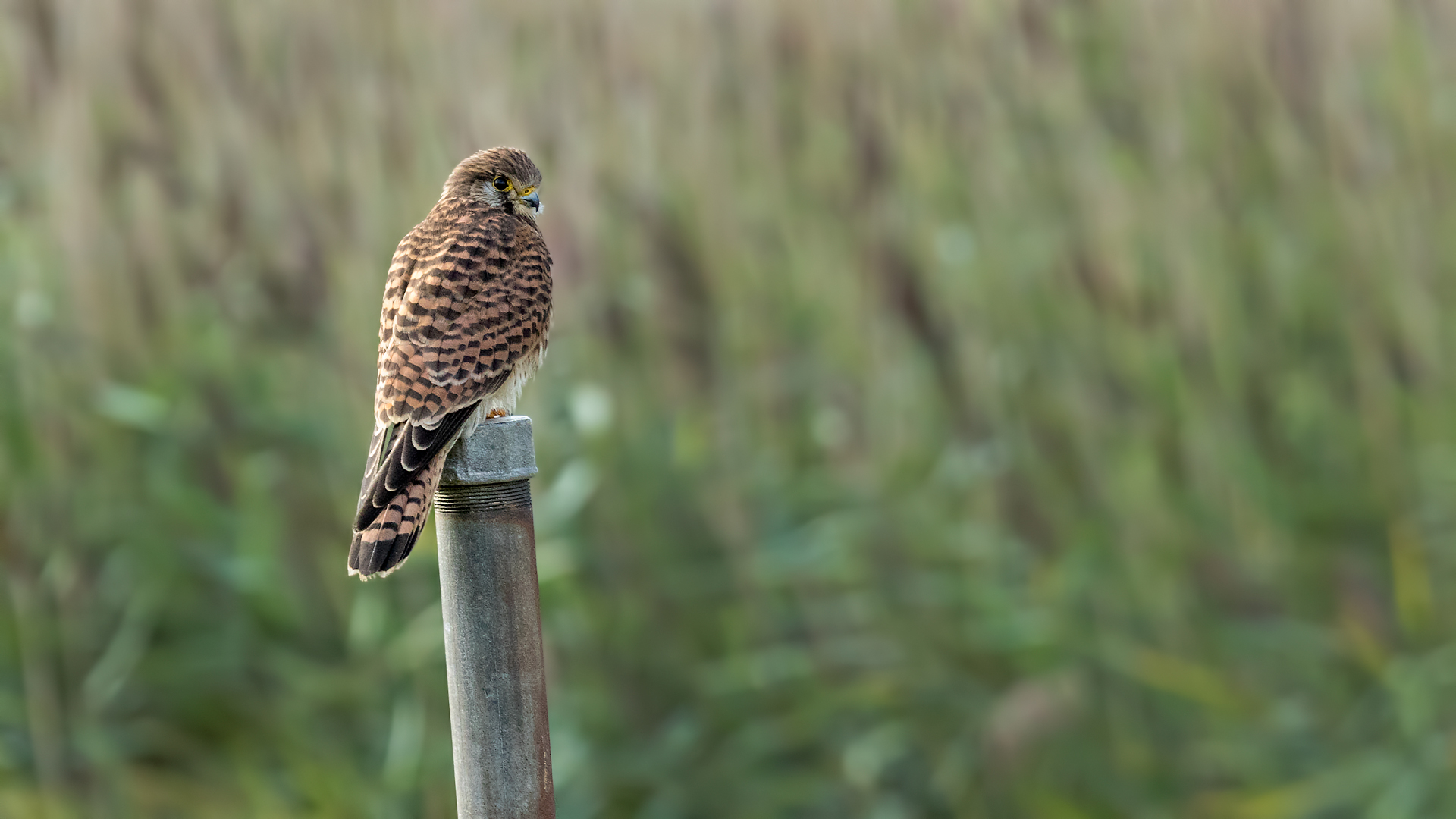 The light was still low being early and overcast when I noticed a Kestrel perched in some nearby bushes. I had stupidly not yet pulled my camera from my bag when I spotted it and the sound the zipper caused the Kestrel to take flight. Fortunately, it just relocated to a different post, an old and rusty fence. I carefully approached avoiding treading in anything nasty getting my first couple of shots before a dog arrived spooking it. Once again it just found another perch seemingly nonplussed. I repeated this time after time until the Kestrel finally moved out of reach when a marsh harrier flew low in what would be a moment of mass panic with every bird in sight fleeing for cover. The time was now getting towards opening time for the RSPB reserve to I began heading back to the entrance spotting the odd Stonechat along the way plus the odd chat with other keen photographers.

Once inside the reserve within seconds there was another kerfuffle when a Peregrine crashed into the bushes right in front of me hitting its prey with enough force to dent concrete. Once again I stupidly had my camera in my bag missing the opportunity to grab the action. It is a trait that I have suffered with for years not because I am trying to protect my kit but because I am quite shy and do not like to stand out. In recent times due to conflict with the odd birder who really have something against anyone with a camera this has become a bit of a problem that I really need to get over. It is also one that I have discovered is quite common amongst the wildlife shooting fraternity. 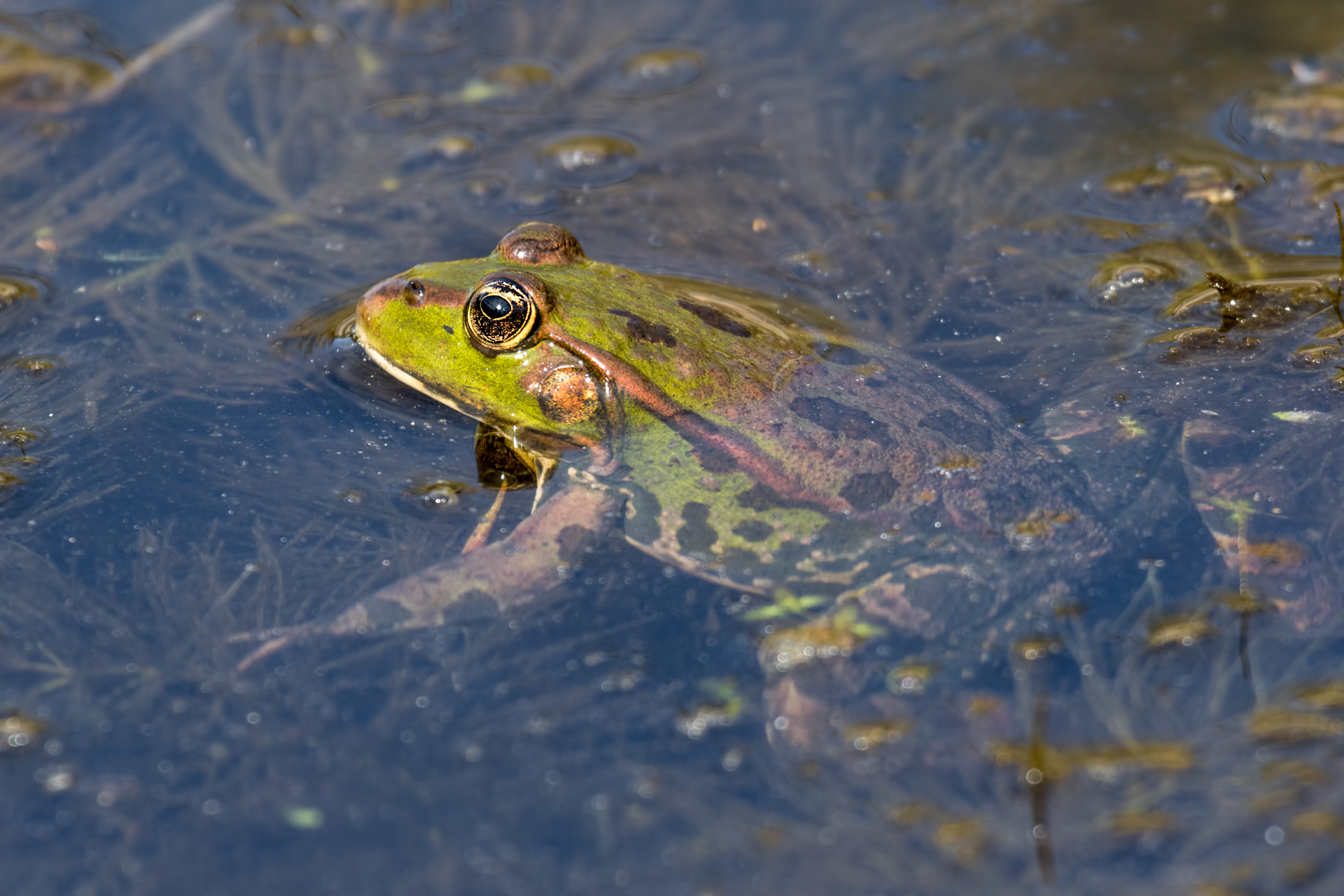 RSPB Rainham marshes has plenty to see. At certain times of year the Bearded Tits are a joy to watch as are the Kingfishers which are all within reach of even a modest lens so no need to lug around those 600mm monsters. Some of the hides however do cater more for those with birding scopes but all this does is make photographers look for the many other opportunities around the site. There are plenty of places where we can get close to not only birds, but grass snakes, marsh frogs and masses of insect life. There really is something for everyone and unlike some reserves there are plenty of places where you can get off the main paths and into the undergrowth without fear of a good telling off. It is a great place to take a macro lens, find a suitable area and while away the hours. 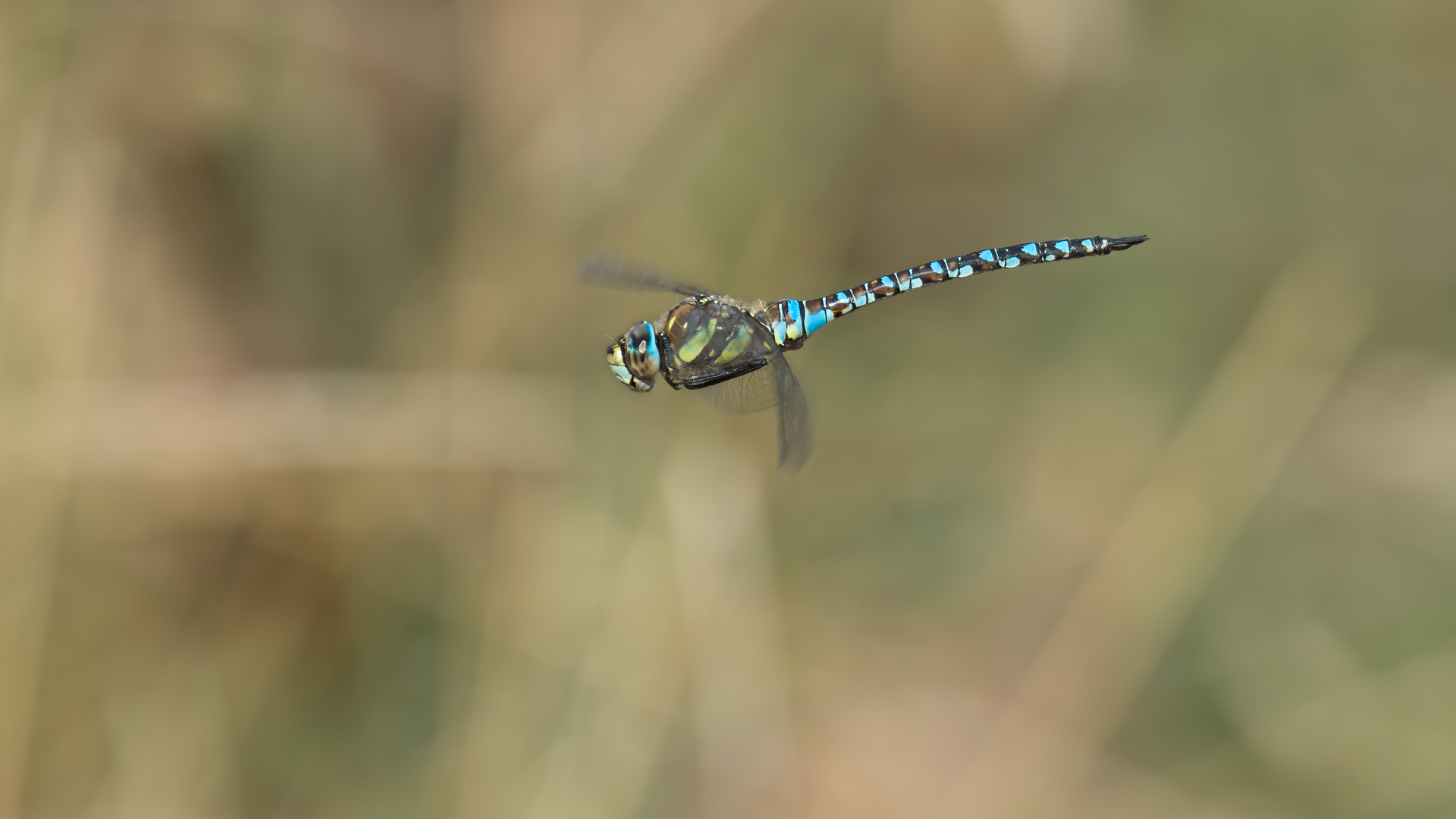