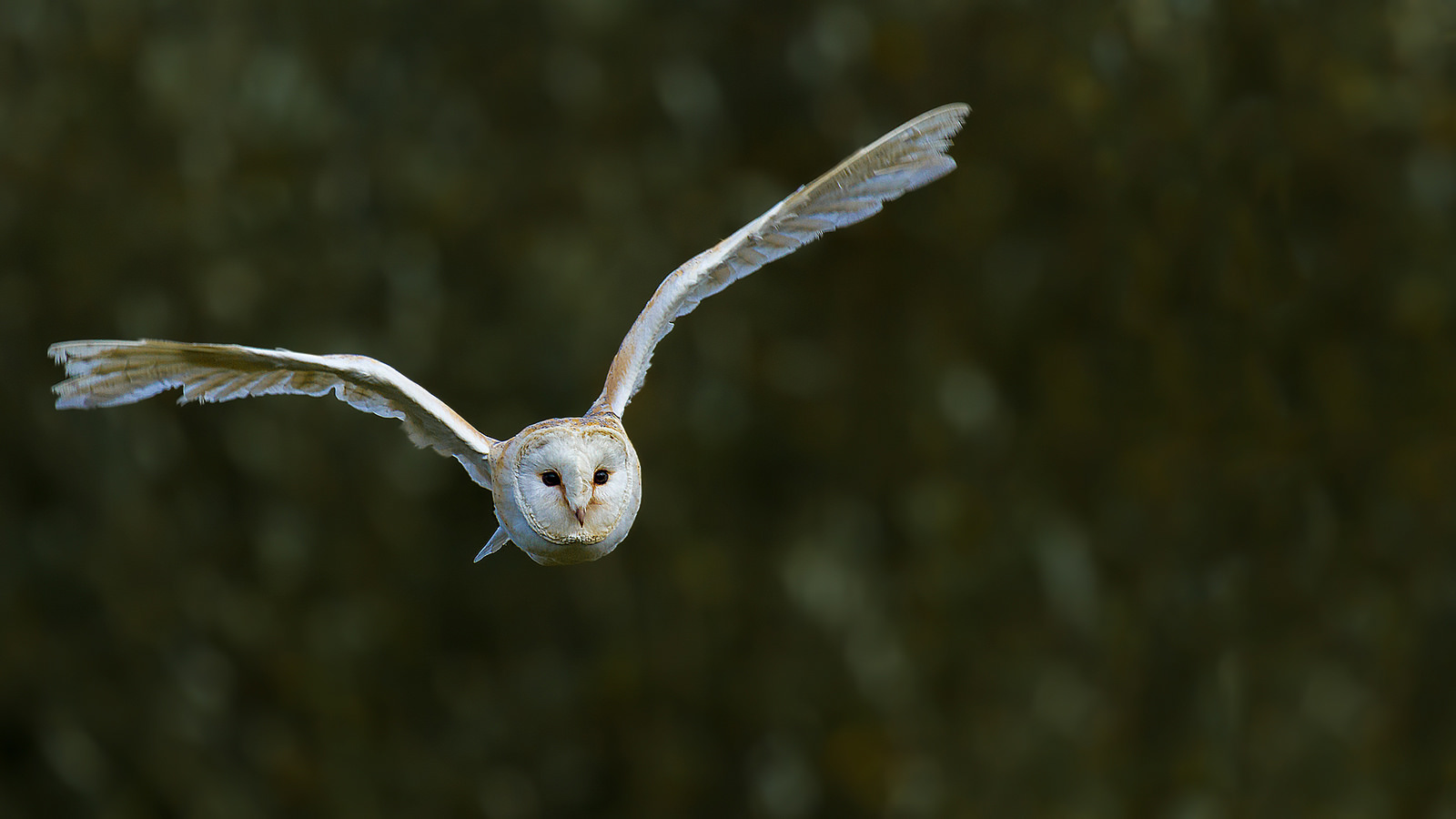 Everyone loves an owl, we all see them in zoos, wildlife sanctuaries and even bought to schools for education purposes. At night we may even hear the sound of Tawny Owls calling. In the wild however very few of us have seen them, let alone photographed them. It has only been in the last 4 years where I have had the opportunity and time to spend photographing them in the wild. On the plus side they are relatively slow and large. On the downside numbers of all species are dropping, they often fly at night and are quite secretive so photographing them is far from easy. 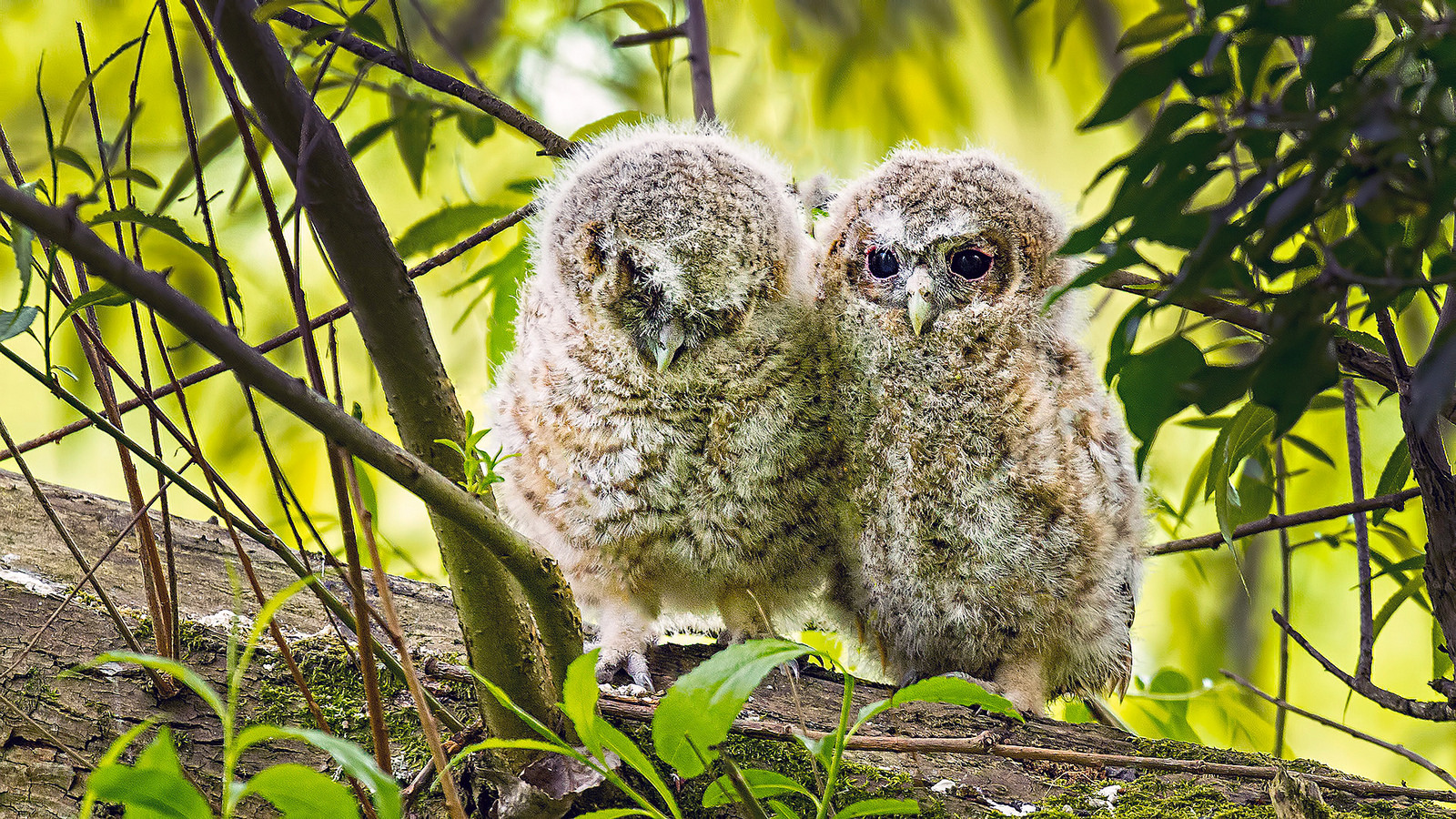 In the UK we are lucky to have 5 species of owl. The first of these species I managed to photograph was the Tawny Owl, well their chicks to be precise. These fluffy balls of down were just a couple of meters from a busy path in Rickmansworth Aquadrome. Throughout the day for a couple of weeks hundreds of people would walk past unaware they were being watched by four huge eyes. During an all too brief few days, the tawny young will go through a period of branching. This is when they cannot yet fly but are eager to explore the world outside their nest. This happens late spring when the birds are about 4 weeks old give or take a few days. In the case of the two by the path they seemed completely relaxed around people. Whether this is a good or a bead thing for them I cannot comment, but this pair did fledge and after they were ringed have been spotted over a year later in new locations hopefully starting families of their own. 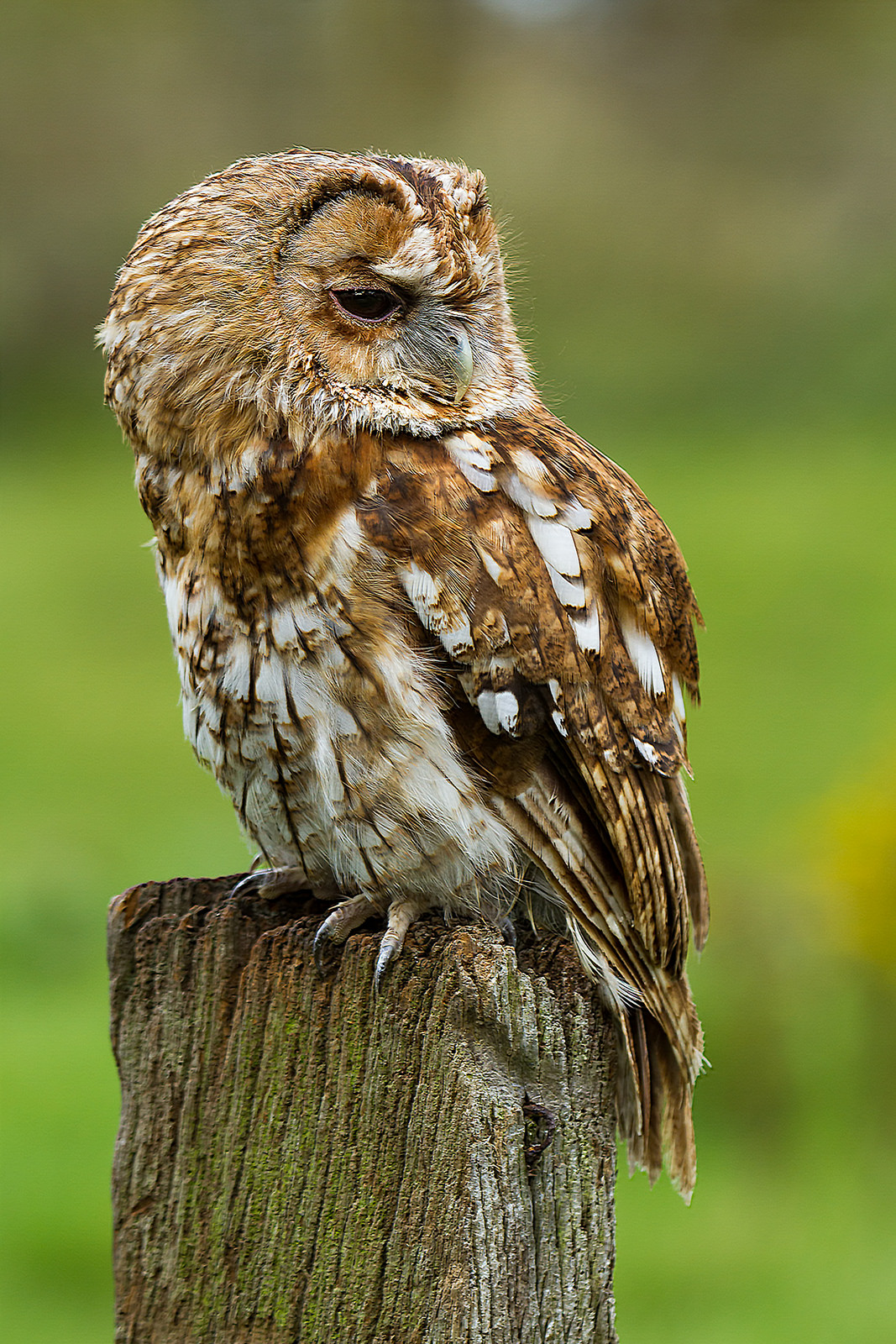 Later on the same year I managed to photograph an adult which was out unusually late in the afternoon. The light was fantastic as was the experience of watching this magnificent hunter clean itself just a few meters away. Both the chicks above and this adult were close enough that with only minor cropping I could fill the frame with my 100-400 set at the long end. I consider myself very lucky to have photographed the largest of our native owls during the day as normally they are nocturnal. As such, to catch a tawny in flight would be really special and something I hope to do one day. 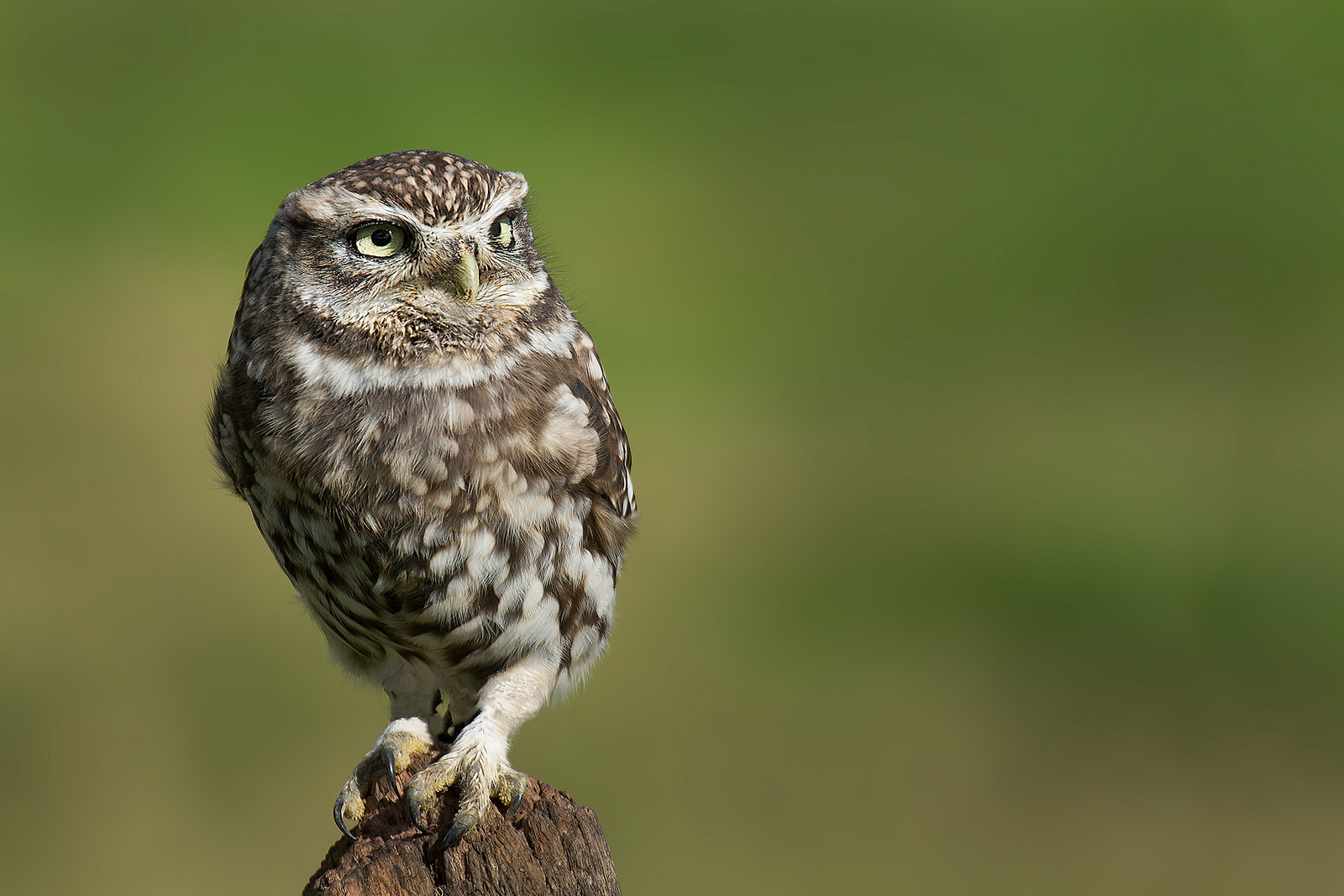 From the largest to the smallest with my next opportunity, the lovely Little Owl. A local twitcher put me on to this one at Woodoaks Farm near Maple Cross. I was told that it was about most mornings in one particular bush so I spent a few days getting the odd glimpse before it would hide deep under cover. On my next visit one of the farm workers came over with me. The bird seemingly knows him and came out to say hi. This is not the first time I have seen this behaviour, at a little spot near Redbourn one will sit and watch the old lady that owns the barn it lives on. If you visit on your own it will vanish into the eaves but if the lovely lady comes with you the bird will stay put and watch.

Little owls often hunt in the day so are probably one of the most seen. They are also quite territorial and can bee seen in the same location year after year. There are a number of people around the UK that have setup hides where you can photograph these beautiful little birds often for a fee. I've never wanted to go to such a place but I know many photographers who have had an amazing experience at these sites. Those that use these hides have managed to create some stunning images. It makes sense with the little owls being such a small and nervous bird.

While out at Woodoaks Farm I got chatting to another twitcher. He gave me some great information about a Barn Owl, when and where I could see it etc. I was over the moon, it is one of those birds I have seen at a distance in the wild but never got close enough for a shot. A friend of mine used to keep a rescued pair so I have had a little practice shooting them. It was a very different experience when I finally found my first wild one. My first glimpse was at dusk, too dark for a photo but I did watch it for a while and got an idea of its territory. The next few days saw terrible weather with very strong winds. Owls rely on sound to hunt so strong winds and rain are not good for them and it is not much fun to be out in either. When the forecast looked good I got up early, a task very hard for me, and drove down to the farm. I sat quietly leaning against an oak tree and as the sun came up I thought I was not going to see anything so decided to look for other subjects. I returned later in the day and to my delight the owl flew straight towards me. My shutter firing at full chat I filled the buffer managing the flight shot that opens this article. 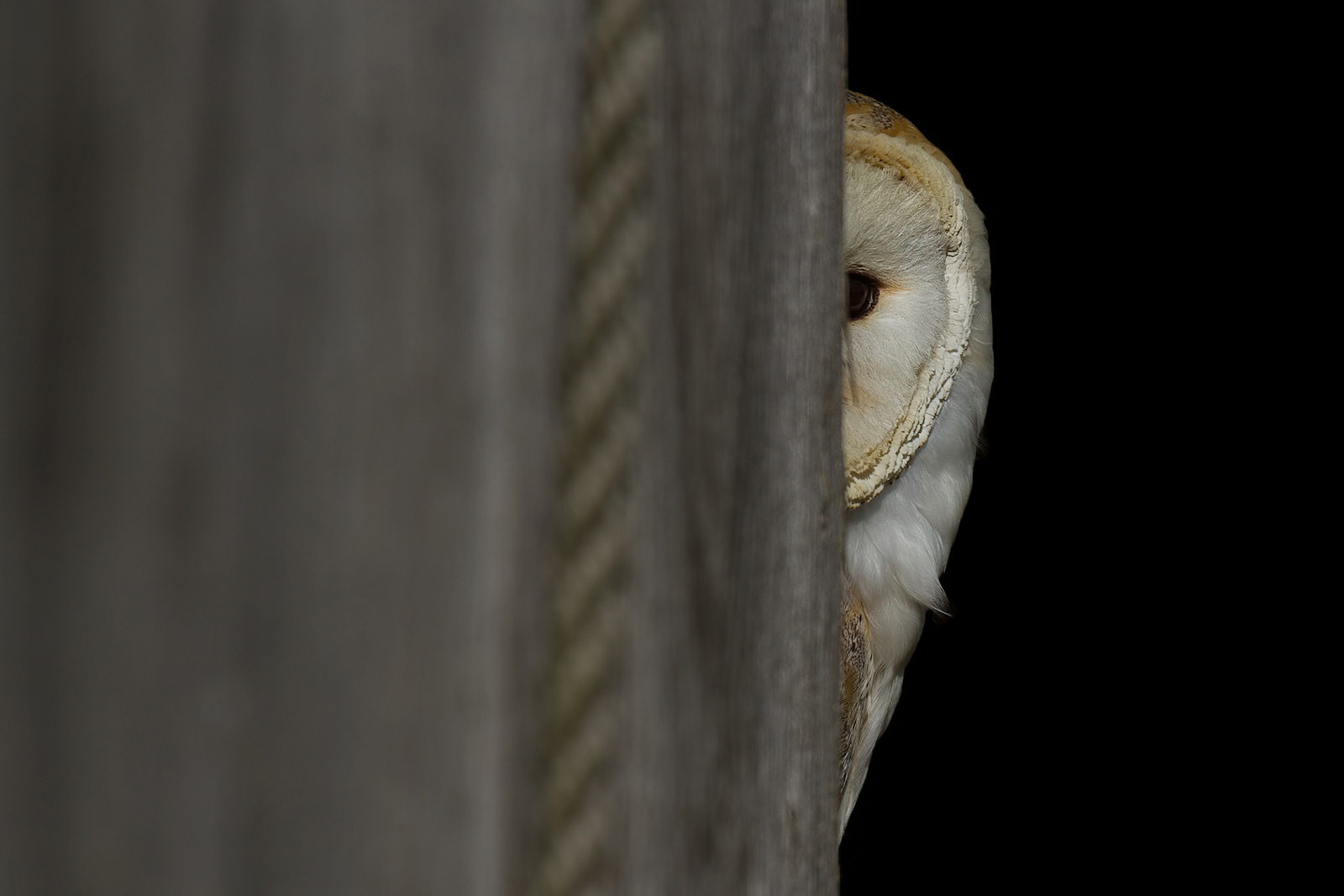 Later on I was delighted to nab it perched up and also peeking from the building where it seems to live. Again, to see this bird in daylight is a treat. Most of the time it is dawn and dusk are when they are most active. As usual it is the local twitchers that I have to thank in finding the bird. As photographers there are some in the bird watching community that see us as a threat. I can see why, we often need to get a lot closer to our subjects than they do or our shots will be little more than a dot in the viewfinder. When they get to know you however, and being a relatively small world they certainly will, twitchers are about the best source of information there is. 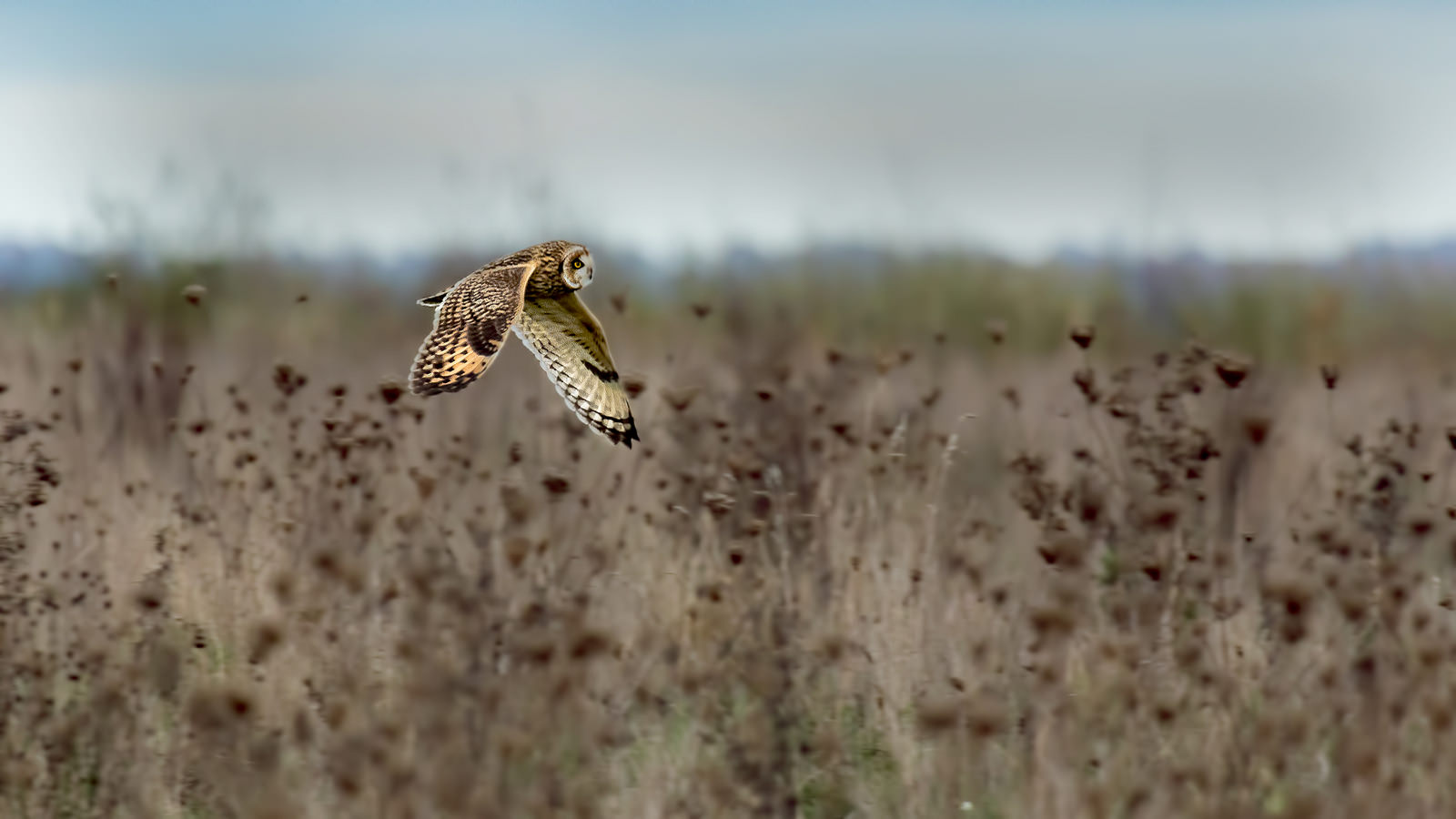 The last two species of owl we have in the UK are the Long and Short Eared Owls. Both of these are resident in small numbers but in the winter numbers of both species rise. The long eared owls, which I have yet to photograph, often move south in the winter from northern UK as well as from the continent. They are very nocturnal but can occasionally be seen in communal roosts in the winter. Short eared owls rise in bigger numbers in the winter with birds coming from as far as Russia, Iceland and Scandinavia. Being both nocturnal and diurnal they are more frequently seen and are a popular target for photographers.

Here in Hertfordshire we have a few good locations where they can be seen hunting. Within a 15 minute drive from me are two good sites the first of which is Frogmoor nr St Albans. Behind the lake complex is a large area of scrubland, a superb place to visit all year round. The second site, also near St Albans is Hertwood Forrest. This is a conservation project to create a new area of native trees covering a large area. It is made up od of open fields, mature woodland, scrub and recently planted immature trees to create new woods. Best visited in the week due to the large numbers of visitors at the weekend but well worth the effort. Both long and short eared owls have been reported here but it is the short eared owls that have drawn photographers each winter for the last few years.

Throughout the day the short eared owls can be seen hunting low over the newly planted trees and long grass. It is particularly good early morning and late evening. The rest of the day can be spent photographing the numerous songbirds and the resident Kestrels which seem totally nonplussed by the presence of people. When the owls are hunting there are seemingly ever present numbers of photographers with big lenses and tripods stationed strategically around the site. I prefer to be more mobile carrying a 100-400 handheld taking shots of both owls and other species as opportunities present themselves. I've often failed to get good shots of the owls but come home happy with images of kestrels, stonechat, redpoll, yellowhammer, siskin and even a couple of shots of foxes. 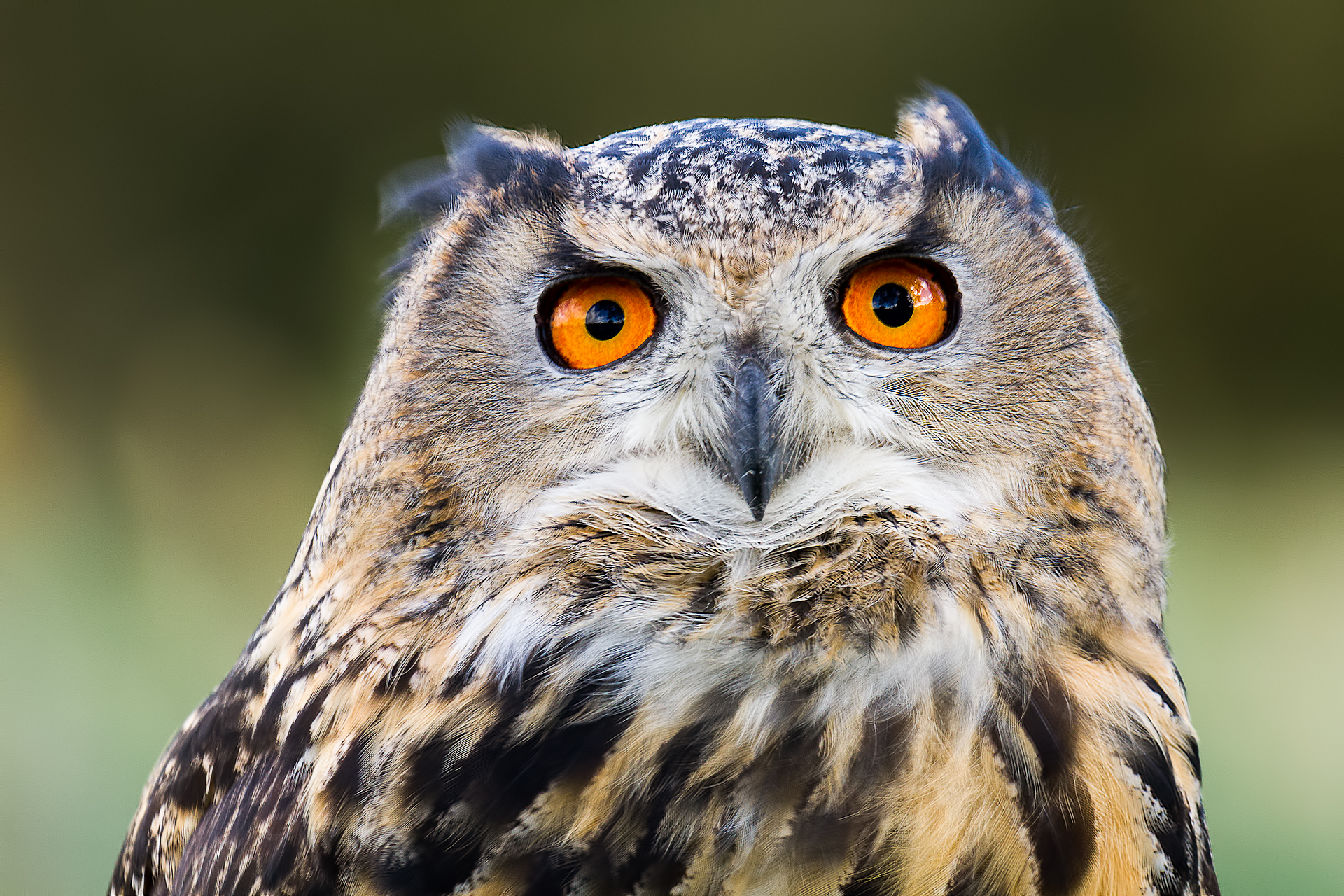 We have one final species that can be found in the UK, that of the Eagle Owl. It is currently not classed as a native bird, in fact a government risk assessment has declared it as a species that presents a risk to other native species of conservation concern. One of those species is the Hen Harrier as they frequent similar habitat. Eagle owls are not the cause of the current decline of the hen harrier in the UK, that is down to persecution from man. So far all eagle owls that have bred in the UK are believed to be from escaped birds. Should their numbers rise they are a European protected species so are protected here. As they were once native to the UK, they should not cause similar problems to native species as the introduction of invasive species such as the grey squirrel or the American signal crayfish. However they may compete for food with the hen harrier pushing them closer to the edge of extinction so the wild population needs to be carefully monitored. With so few in the wild in the UK I have yet to see one so this image if of a local falconers bird.