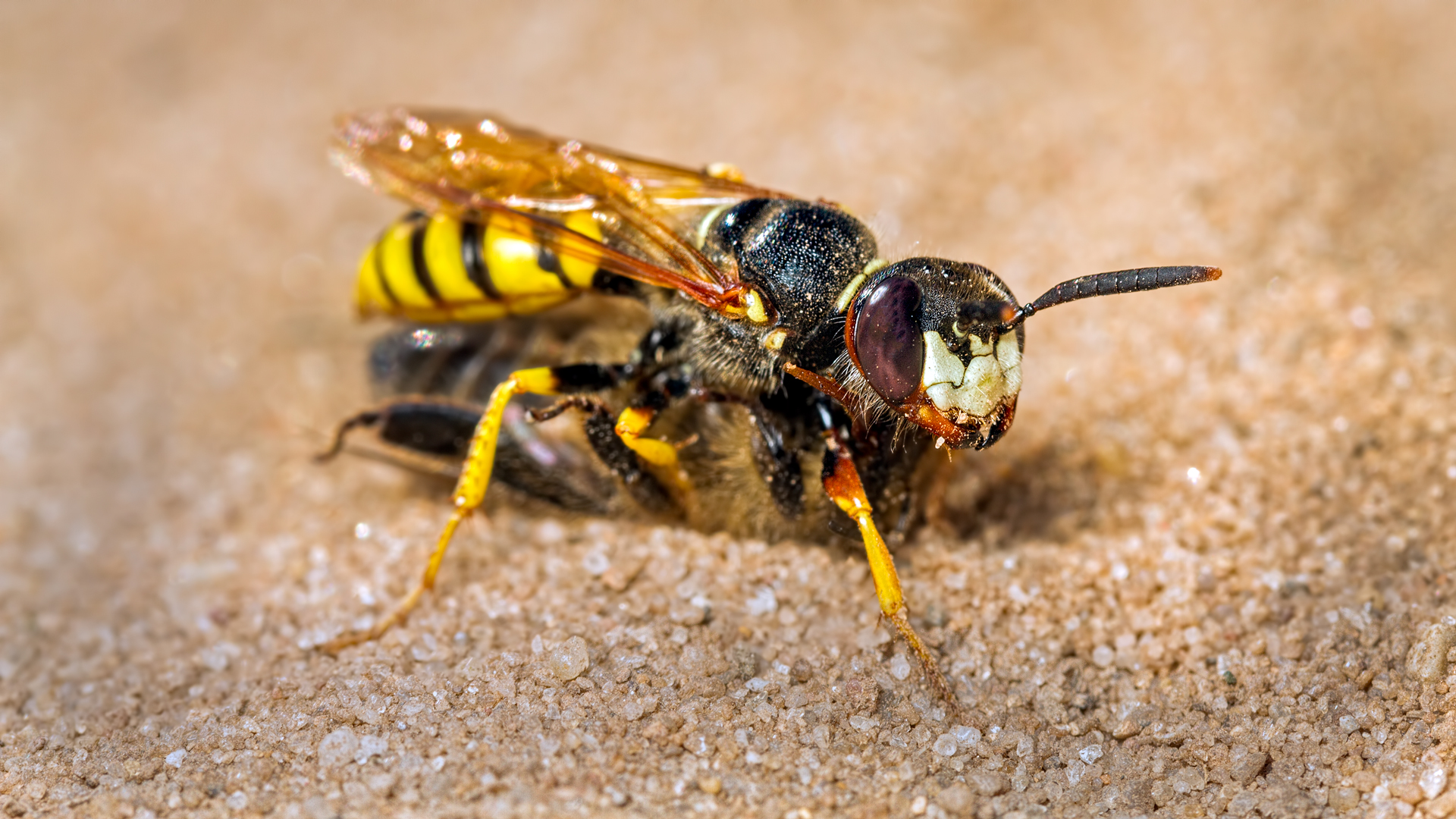 As summer moves towards autumn bird life tends to be less active. Migratory birds such as swift and terns start their long journey and there is often a bit of a gap before things that over winter here return to our shores. As such the big lenses get less use and I start to wear out my macro kit. Every week from the first warm days of spring something new and often short lived appears, from flying ants and mayfly that last but a day to the arrival of migratory butterflies and moths. There is always something wonderful to see through the magic eye of the macro lens. 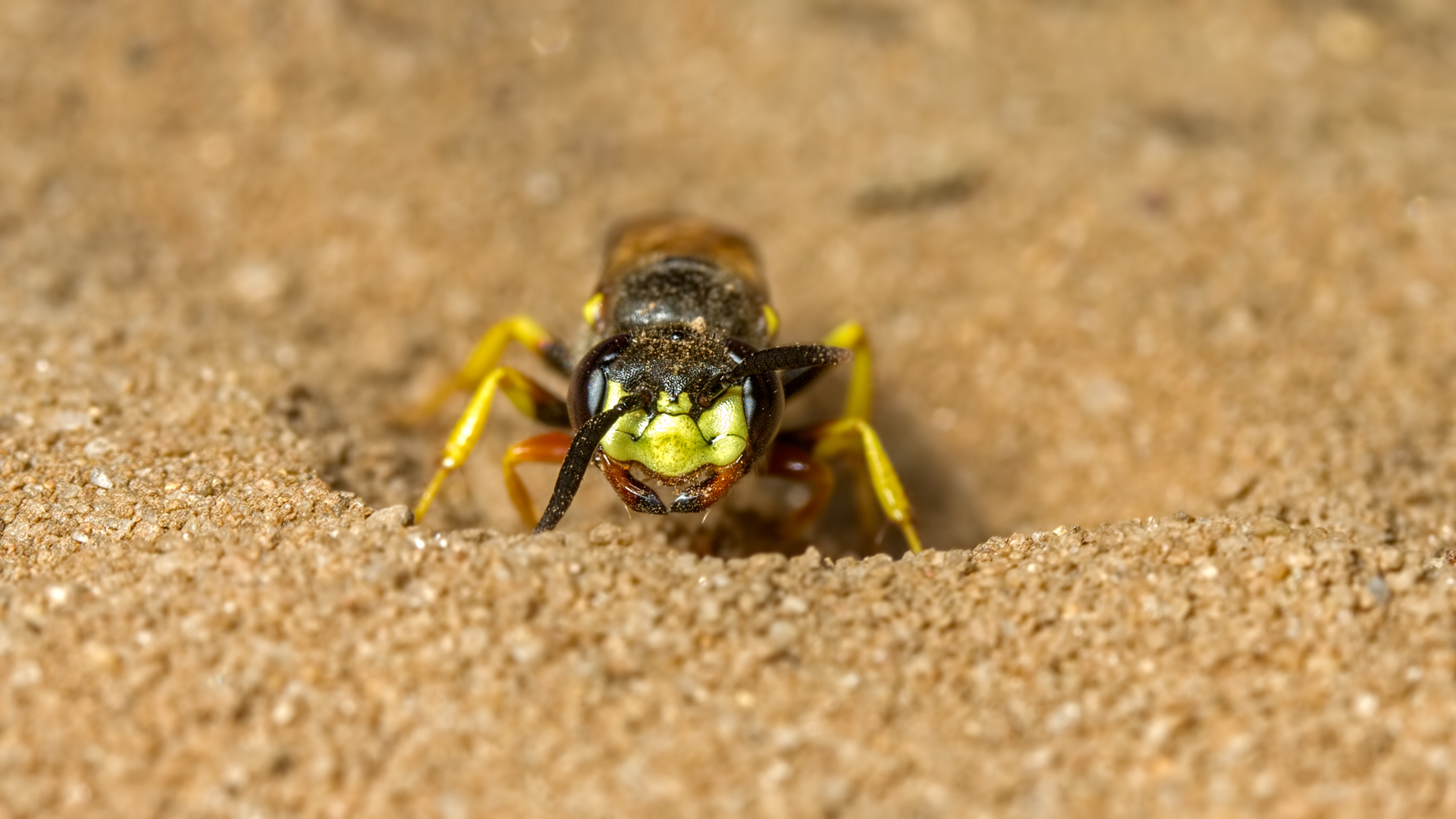 This week it is the Bee Wolf, an astonishing wasp that feeds exclusively on honey bees. It is a member of a group called digger wasps, all of which specialise in hunting different species of insects. In the UK we have over 110 known species. The females in this group dig burrows where they lay their eggs and provide a food source for them to grow up on. Although a solitary wasp they often will occur in areas forming a loose group.

The burrows are an amazing thing. They are dug at an angle in well drained locations to prevent them filling with water. Each species will dig to a different depth to help keep their eggs and young at the perfect temperature. Often they will contain many chambers each with an egg and a larder of its own. 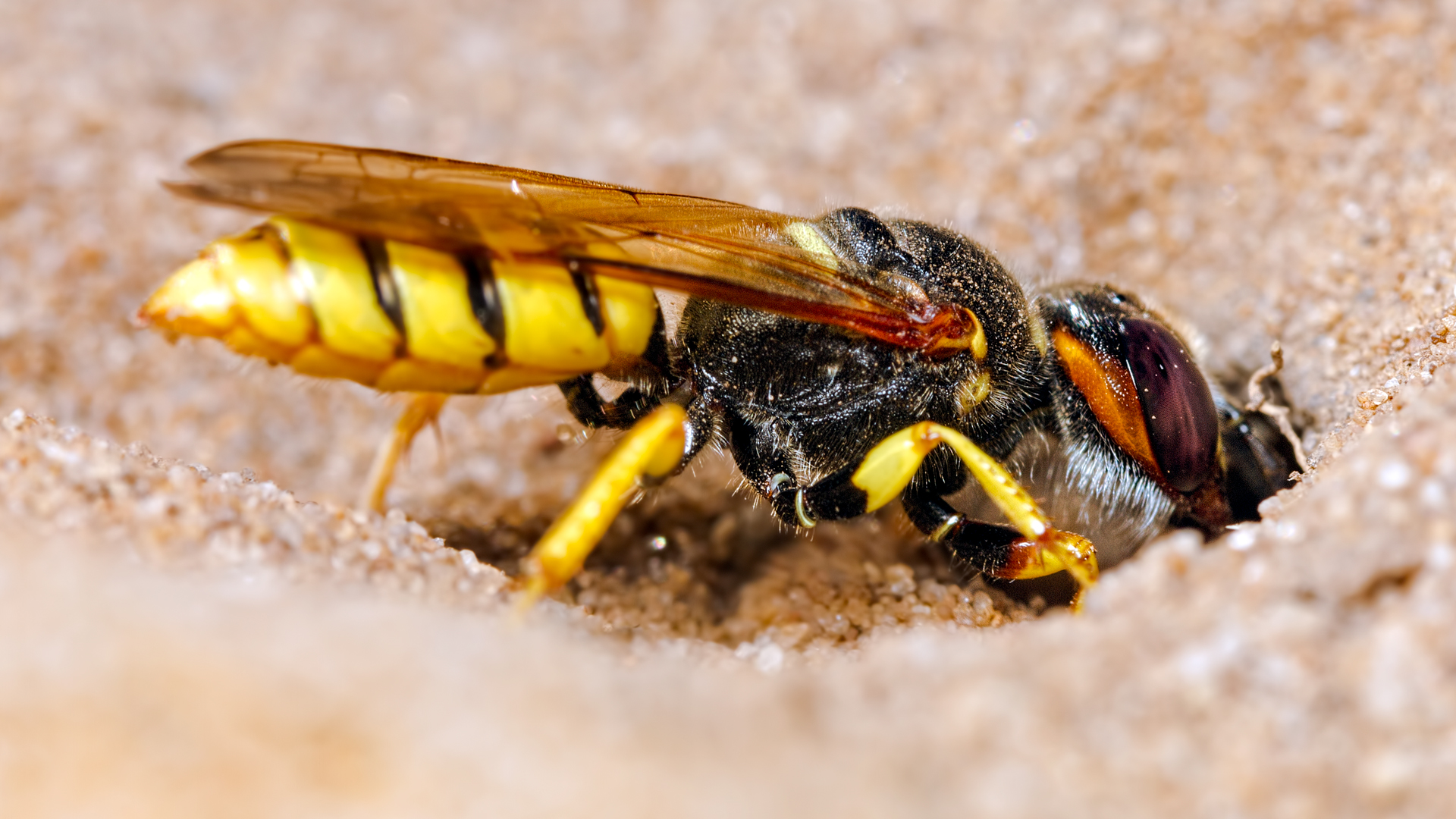 The burrow of the bee wolf is often a meter or more deep with up to 30 chambers. Each chamber will contain just one egg with four or five bees for them to feed on. I could sit an watch them burrow all day. They will dig and dig using all their legs constantly on the lookout for invading predators. As they dig their tunnel they will fly in then turn around to check nothing has followed them, before they seal the entrance with a plug of sand. They will also close the door as they leave hiding their precious home. 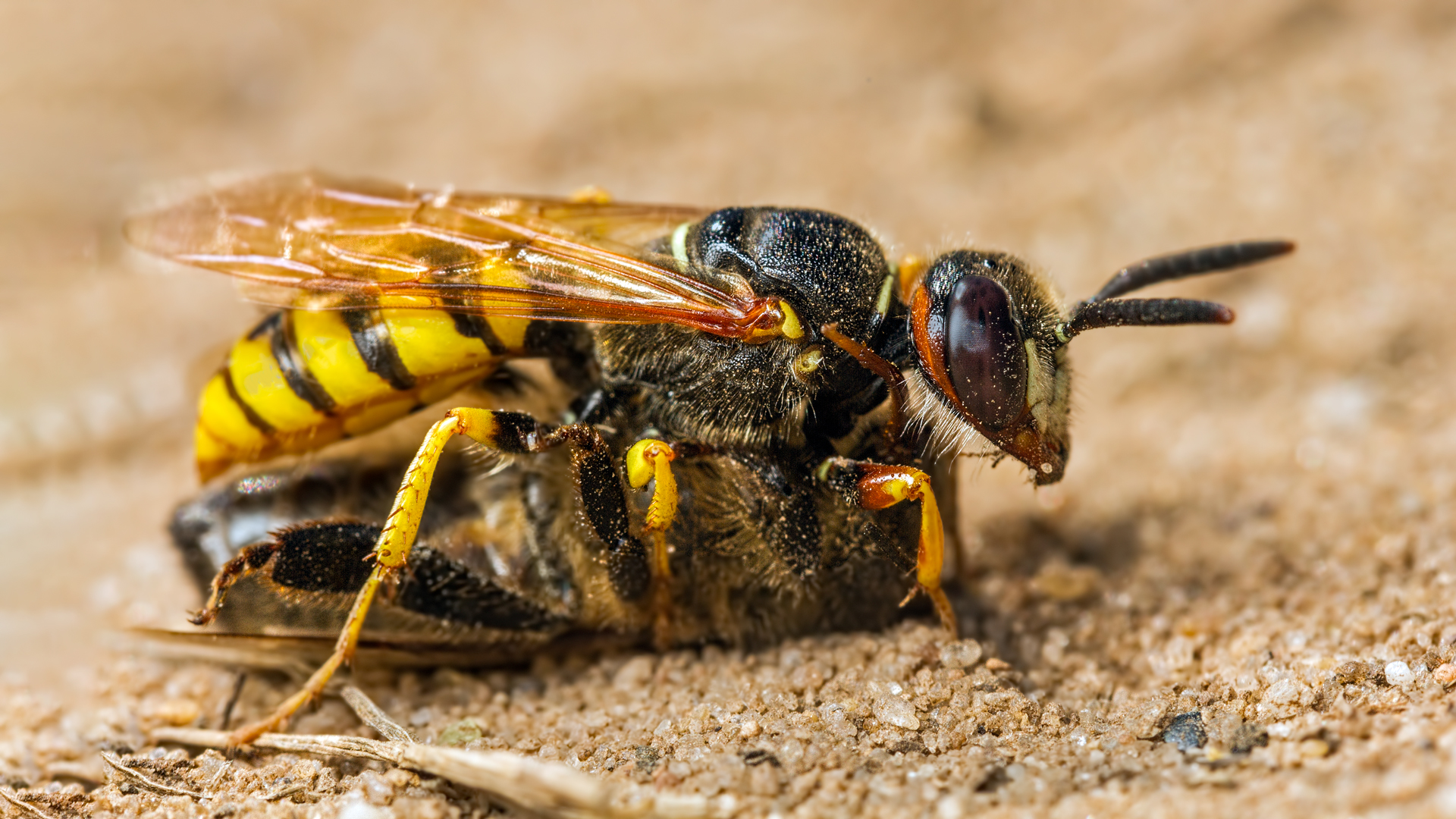 Catching bees and carrying something of similar weight back to the burrow seems like a lot of hard work. Finding the burrow amongst a group of many must also be a bit of a challenge. This does however present many opportunities for a photograph. First is the time hovering around the burrow area to locate the entrance. Once found the wasps tend to rest for a bit and take in their surrounding predators and possible parasites before revealing their precious nest. This gives plenty of time to work taking care not to damage other burrows as you go. Getting in close does not seem to be a problem either, they seem to be very forthcoming towards the front of the camera usually allowing you to get within cms. They also seem to show no aggression towards humans, I have never heard of anyone getting stung by these. So with a little care a whole day can pass by watching and photographing this wonderful spectacle. As previously mentioned, each species of digger wasp specialises in different prey. As such they only have a short time, sometimes just a week or two, to nurture their next generation. So don't wait if you find a colony, just get out there with the camera before it is too late.